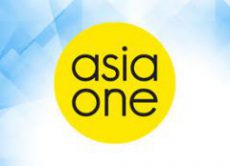 This Singapore facility is the world's largest 'vending machine' for supercars

Think this is some fancy display case for your child’s Hot Wheels? Think again.

What looks like a toy car dispenser is actually the world’s largest and most expensive “vending machine” for real, life-sized luxury cars.

More incredibly, the state-of-the-art building is located in Singapore, at Jalan Bukit Merah, to be exact.

Boasting a display of dream cars such as Bentleys, Ferraris, Lamborghinis, Porsches and more, it is no wonder a video by luxury and lifestyle magazine Senatus has gone viral, garnering more than one million views on Facebook.

The world's largest luxury car "vending machine" – The Autobahn Motors building in Singapore features a multi-storey window facade with 15 levels & 4 columns of exotic and luxury cars on display. Utilizing a state-of-the-art automated system to manage inventory and retrieval, it points towards a future of parking efficiency and space-saving innovation.

The Autobahn Motors (ABM) building was built just to park 60 of the million-dollar supercars in an illuminated showcase, which is made more impressive when it comes to life at night.

According to a video by lifestyle news site Covered Asia, the facility was brought to fruition after three years of conceptualisaton.

Potential car buyers entering the showroom would first pick a car from an AV presentation before having their cars presented to them on a turntable.

But responses from fellow Singaporeans about the eye-catching infrastructure were mixed.

While some expressed their fascination with the concept, others criticised the impracticality of implementing AIMS on typical parking facilities and groused about the cost of owning luxury cars in Singapore.

A few also noted how the technology of having stacked parking spaces is not new.